Coincidence Or Conspiracy? Why Are So Many Food Processing Plants Catching Fire? 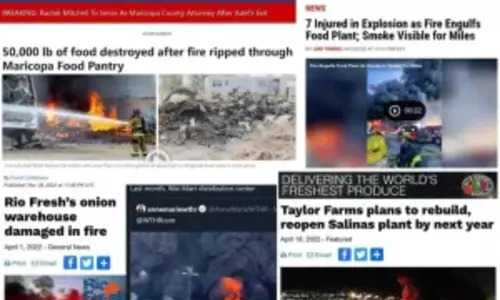