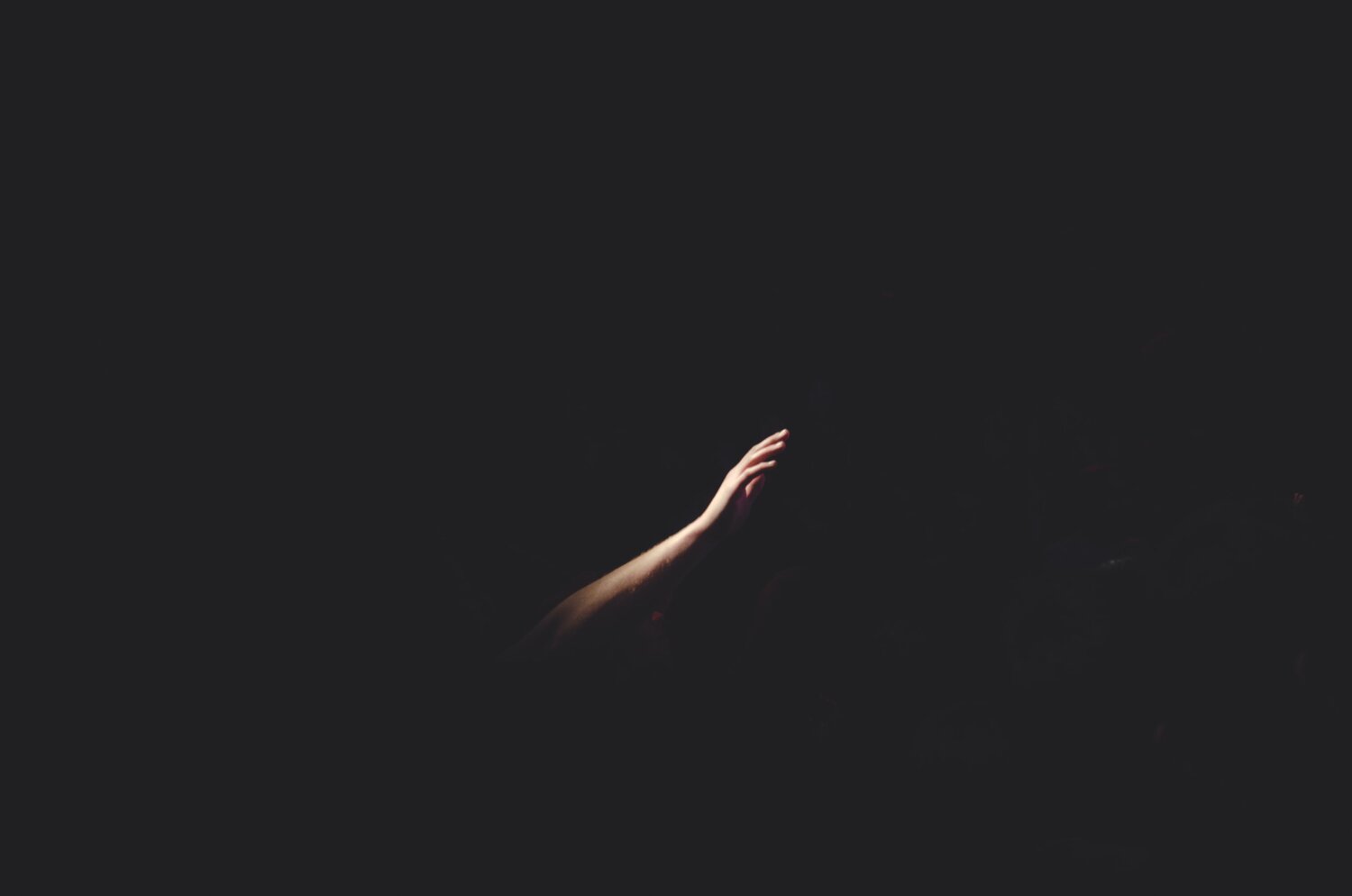 It was years ago, and it is still a vivid memory of my work as a Florida police officer. Late one night, I watched a mysterious vehicle travel into a restricted area next to railroad tracks. The tracks ran parallel to the back of a strip mall, about 100 yards from the road. That made it a perfect location for burglars to hide a getaway car.

Under cover of darkness, I notified the dispatcher, pulled off the road. I stopped a safe distance behind the mystery vehicle. I got out of my cruiser and warily approached on foot. Loudly, I ordered the occupants out of the truck, with hands in the air. To my relief, instead of burglars, I stumbled upon some railroad maintenance workers checking on a switching box.

I got back to my vehicle to return to the roadway. I only traveled a short distance before my wheels began spinning. I was going nowhere. I got out to see my tires stuck in the soft, sugar-sand common in the area. A vehicle can push through patches of sugar-sand with enough momentum, but driving through at a slow speed is impossible. First, I tried rocking the car by shifting from forward to reverse and only sank deeper. Then, the railroad crew tried helping me push the car, but the tires were buried up to the axel. The car was stuck. Finally, I had to call a tow truck to winch the vehicle back to the paved roadway.

So, what does this have to do with sin, transgression, and iniquity? It’s simple. Like sugar-sand, all three have the potential to keep our wheels spinning. We can’t move forward until we get back on solid ground. And, like my efforts to get free, three unique methods can help us deal with sin, iniquity, and transgression.

Let’s explore each of these.

Sin means to “miss the mark.” An archery term, sin, describes what happens when someone aims at a target but misses it. There are many reasons why an archer could miss the mark. His arrow might misfire (ouch)— never leaving the bow. My experience with archery taught me that it was pretty easy to send arrows too far, too short, or to the side of a target. I’ve even seen people aim and hit the wrong target entirely! No matter how noble my intentions, sin means that my arrow misses the mark.

The remedy for sin is simple: confession and repentance as described in 1 John 1:9. Here, God asks us to confess our sin and promises that He is faithful and just to forgive our sins and cleanse us from all unrighteousness. Usually, I can do that in a simple conversation with Him. Like my attempts to rock my patrol car free, repentance and confession don’t necessarily require the help of other people.

In Scripture, transgression is handled differently. Unlike sin, transgression refers to outright rebellion. Here, you and I not only miss the target – we refuse to improve our aim or grow the skills needed to become a better marksman. Comfortable with our sin, we reject any attempts to change. We knowingly rebel against what God asks of us – even though we know what we are doing is wrong.

The remedy for transgression includes repentance and confession but often requires more. Proverbially, we need help from the railroad workers to try and free ourselves. Sometimes it takes the help of others to overcome genuine transgression. Confession and repentance may help cleanse my conscience and restore my relationship with God, but these don’t always teach me how to cooperate with what God is asking of me. Often, the only way to deal with habitual transgression is with other people’s support, encouragement, and prayers. I learn from their experiences. Their grace-filled responses can fill me with hope, comfort, and the increasing desire to become a better marksman.

Iniquity is a very different issue from both sin and transgression. The word iniquity refers to something or someone that has grown crooked or perverse. The very nature of iniquity is warped—deviating from God’s design. Iniquity deforms character, causing it to grow far from God’s plan for our lives—our God-given identity in Christ is marred and perverse. It may be the result of our experiences or our behaviors. Persistent iniquity may even cause us to embrace sin and transgression as “normal”—distorting Scripture to justify ourselves.

It’s not too difficult to find the source of much corruption by looking at the state of many families. Dysfunctional parents pass on their iniquities to their children without ever realizing that it’s happening. For example, suppose children grow up in a family where anger, rage, yelling, shouting, and abuse are common. In that case, they come to see these behaviors as perhaps frightening – but more chilling – as the typical ways in which people can and should interact. Their character, identity, and nature grow crooked in response. Through their experience, they come to understand these harmful behaviors as “normal.” Never developing effective interpersonal relationships and conflict resolution skills, these children from such families don’t even realize that they have a problem. This generational iniquity passed down through families for years.

Iniquity can also be self-inflicted. A person who continues to sin and commit transgression is in danger of deforming their character—especially when there is no repentance, confession, or a refusal to ask for help. I’ve seen this kind of distortion hundreds of times when the ongoing use of alcohol, drugs, porn, or codependency destroys character. Anyone physically or sexually abusive, consciously greedy, selfish, or narcissistic actively defiles their character—twisting it until it’s hardly recognizable. By turning away from confession and repentance, crookedness multiplies. As iniquity grows, self-justification for the perverse behavior increases. In the end, the truth gets distorted to justify sin—or explain why Scripture allows it. Here, we come to a deadly and dangerous place. It is possible to sear a conscience so profoundly that it becomes numb to the counsel of God.

The remedy for iniquity includes repentance, confession, and asking others for help—but these alone are not enough. To respond to iniquity, we need retraining and the example of others to show us a new way to live. You or I can confess and repent for our distorted character, but we remain stuck unless we learn new behaviors. Think about adults who grew up with rage and abuse as the household norm. They need to see examples of how other people handle anger and conflicts in life-giving ways. The antidote? Relationships with other people who can help fill in the gaps for the long haul. Anyone who has developed self-inflicted iniquity needs the same thing. We need healthy community examples and constant interaction with the Holy Spirit. Like the tow truck who winched my vehicle out of the sand, we need someone on a good, solid pathway to help us get unstuck.

One final note: many Christians think that the issue of generational iniquity can be solved quickly through prayers designed to break the spiritual strongholds that pass from generation to generation. While prayer is always part of the answer, this strategy only solves half the problem. Without examples, patience, and training from others and the Holy Spirit, you and I quickly sink back in the sand—we still lack the skills to move forward. Dealing with generational iniquity this way alone is like having my car winched just enough to get the axels free–tires left on sinking sand, far from solid ground.

I hope and pray that we each respond to God’s care as he helps us get unstuck. We must recognize the strategies we and others need to get free and move ahead. An issue of sin may be something you and I can deal with quickly and move on. But, if that same issue in our life stems from years of iniquity, we must see it for what it is. We’re all on the journey of life in Christ together. May we have the humility to stand before God and one another with clean hands and pure hearts.

For more information about this topic, check out my new book, Becoming a Face of Grace: Navigating Lasting Relationships with God and Others. You can find it on Amazon here at https://www.amazon.com/Becoming-Face-Grace-Navigating-Relationship/dp/1947360906.

Please visit our ministry website at www.EquippingHearts.com to find out more or sign up for our newsletter.